Is Filing Chapter 13 Bankruptcy a Reasonable Option to the Debtor?

Many Americans struggle to pay off mortgage dues due to reasons ranging from professional relocation to expensive divorces. Lenders and mortgage companies offer the defaulting homeowners options such as loan modification, short sale, and ultimately foreclosure to retrieve the loaned money. Homeowners often resort to filing bankruptcy proceedings to avoid the impending foreclosure. This paper investigates whether filing a Chapter 13 Bankruptcy is a reasonable option for a debtor trying to avoid a foreclosure.

“A Chapter 7 Bankruptcy case can forestall foreclosure, while a Chapter 13 may help save the property.”

A lender has the right to foreclose when a homeowner defaults his mortgage payments. State law, which governs the foreclosure process, may insist that lenders procure a court order to foreclose, or permit them to proceed without court involvement. Filing for bankruptcy can either help delay the foreclosure proceedings or even entirely save one’s home. A Chapter 7 Bankruptcy case can forestall foreclosure, while a Chapter 13 may help save the property[1].

In a foreclosure, a lender recovers the amount loaned along with interest by coercing the borrower to sell the pledged asset as collateral for the loan at a public auction. Foreclosure is a time-consuming legal process and typically, lenders do not initiate foreclosure proceedings until the borrower has defaulted on multiple mortgage payments.

To understand the triggering of a foreclosure, we can take an example of the Revised Code of Washington. The Code states that a property is in danger of foreclosure when, (a) the homeowner has defaulted on the mortgage and, under the terms of the mortgage, the mortgagee has the right to accelerate full payment of the mortgage and repossess, sell, or cause to be sold, the property; (b) the homeowner is at least thirty days delinquent on any loan that is secured by the property; or (c) the homeowner believes that he or she is likely to default on the mortgage within the upcoming four months due to a lack of funds, and the homeowner has reported this belief.[2] A foreclosure action is equitable in nature and terminates the borrower’s ownership on the collateral, transferring it to the lender. The lender must either deduct the value of the collateral from the outstanding dues or sell the collateral, tendering the balance amount to the borrower after deducting the dues and expenses.[3]

“In some instances, the homeowner can even obtain a discharge of second mortgages through bankruptcy.”

How long can one avoid foreclosure by filing a bankruptcy petition? The answer to this depends on if the borrower has filed for a Chapter 7 or a Chapter 13 Bankruptcy. “Chapter 7 permits the borrower to make a clean break from his financial past; the only catch being a prompt liquidation of his or her assets… A borrower is less likely to keep his home if he files a Chapter 7 Bankruptcy”

Comparison of Chapter 7 and Chapter 13 of the Bankruptcy Code

Chapter 7 proceedings are much faster, with the borrower’s assets being immediately liquidated and the proceeds distributed to the lenders.[7] Chapter 7 permits the borrower to make a clean break from his financial past; the only catch being a prompt liquidation of his or her assets.[8] A borrower is less likely to keep his home if he files a Chapter 7 Bankruptcy. Courts generally lift the automatic stay in a Chapter 7 proceeding upon a request from the borrower.[9] The trustee in a Chapter 7 Bankruptcy can sell the property of the estate and distribute the proceeds to the lenders.[10]

However, in Chapter 13, the borrower can retain the nonexempt property in lieu of payments to the lenders from the bankruptcy estate. Although the Bankruptcy Code does not define nonexempt property, the courts consider the interest withdrawn from the estate for the borrower’s benefit to be an exemption and Section 522 of the Code decides the property that can be exempted.[12] A borrower who holds exempted property under Section 522 can file a Chapter 13 Bankruptcy to avoid a foreclosure sale. Thus, Chapter 13 clearly offers several advantages to a debtor over Chapter 7.

In re Formosa, the United States Bankruptcy Court for the Eastern District of Michigan considered a case where a debtor filed his Chapter 13 Bankruptcy two days prior to a scheduled foreclosure sale of his home, but didn’t inform the creditor of the bankruptcy filing until after holding the sale. The court noted that the debtor could have easily informed the creditor, which would have allowed him/her to call off the foreclosure sale.[14] Filing a bankruptcy petition can lead to the court issuing an automatic stay, which will hold off any collection activities on the mortgage dues. A borrower, by filing a Chapter 13 Bankruptcy, essentially buys additional time to get back on track with the mortgage payments through their Chapter 13 plan. A Chapter 13 plan restructures the payments towards a secured mortgage. On the other hand, the borrower can eliminate or strip off unsecured debts, leaving the lender with an unsecured claim pursuant to 11 U.S.C. § 506(d). [15]

“Chapter 13 does not allow a debtor to discharge a debt and keep his or her home at the same time. It gives the debtor an opportunity to make right the defaulted mortgage payments, because the Chapter 13 plan is a statutorily mandated payment plan that requires the debtor to pay the precise amount he or she would have to pay to the lender if not for bankruptcy.”

The effect of Chapter 13 on foreclosure

Most often, homeowners use Chapter 13 of the Bankruptcy Code as a weapon to avoid foreclosure of their homes. [16] Restricting financially distressed homeowners from filing Chapter 13 petitions often increases foreclosure rates. [17] Though a Chapter 13 bankruptcy petition reduces the chances of a homeowner from losing out on his or her home, it does not impede the interests of traditional mortgage lenders. Chapter 13 does not allow a debtor to discharge a debt and keep his or her home at the same time. It gives the debtor an opportunity to make right the defaulted mortgage payments, because the Chapter 13 plan is a statutorily mandated payment plan that requires the debtor to pay the precise amount he or she would have to pay to the lender if not for bankruptcy. A Chapter 13 plan also includes the expenses allowed by the mortgage agreement and the state law. Further, 11 U.S.C. § 1322(b)(2) protects the mortgage lenders, who are secured only by an interest in the borrower’s residence. 11 U.S.C. § 1322(b)(2), also known as the “anti-modification provision,” precludes a borrower from modifying any rights of the lender, including the payment schedule under the mortgage agreement. Not even the bankruptcy courts have the authority to force a lender to alter the mortgage agreement.

“If the borrower lacks the financial ability to make mortgage payments under a Chapter 13 plan, the bankruptcy case loses merit.”

Chapter 13 of the Bankruptcy Code is indeed a significant tool for avoiding foreclosure. However, courts are cautious of Chapter 13 petitions that individuals may file in bad faith. As noted earlier, the automatic stay pursuant to Chapter 13 that puts on hold any collection activity, “is a central tool of the bankruptcy system.”[18] The courts are clear that if the bankruptcy case is meritorious and genuine, it is not improper to file a Chapter 13 petition to avert foreclosure. However, if the borrower lacks the financial ability to make mortgage payments under a Chapter 13 plan, the bankruptcy case loses merit. Such cases are neither advantageous to the debtor nor to the lender. All that ensues is the borrower obtaining a few months of home ownership, before losing possession. The extended time is also detrimental to the lender, who generally remains unpaid during the bankruptcy proceedings, and bears the costs of re instituting foreclosure. Bankruptcy attorneys are the only ones who profit from such untenable cases. When a borrower files a Chapter 13 petition in bad faith for delaying or avoiding foreclosures, it becomes sanctionable under Bankruptcy Rule 9011.[19]

With many Americans facing the prospects of a foreclosure on their homes, Chapter 13 of the Bankruptcy Code acts as a buffer that helps keep their homes safe. A Chapter 13 plan makes a borrower pay his or her full obligations to the lender, while remaining the only viable means to cure defaults and effectively save one’s home. This is fast becoming a norm since most lenders are unwilling to accept any payment plans outside bankruptcy. If an eligible debtor is prevented from filing a Chapter 13 petition, foreclosure rates increase and primarily affect lenders who lose greater flexibility in regaining payments. The United States Bankruptcy Court for the Northern District of Florida concurred in In re King, “Indeed, the bottom line of most Chapter 13 cases is to preserve and avoid foreclosure of the family house.” 20 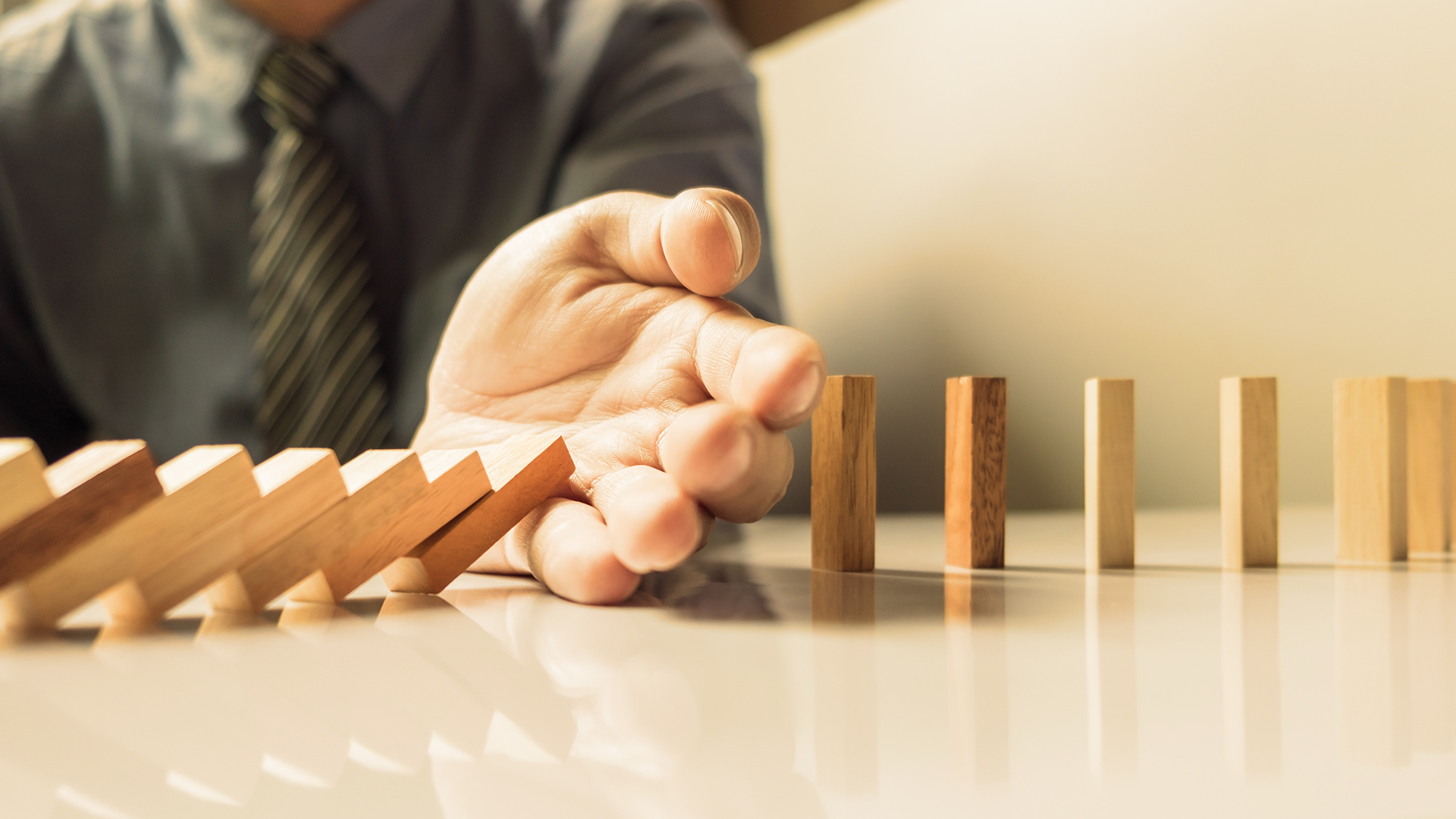 How Car Companies Can Ensure Compliance

Technology Tools for the Business Lawyer

How to Optimize Legal Operations